What is Atheism, Part II: What I Believe 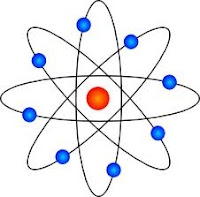 I am a rationalist. I believe that most things, ideas, and thoughts can be divided into absolutes and relatives. An electron is an absolute. The speed of light is an absolute (though, technically of course Einstein showed us that it too is relative, but for the purposes of this discussion I define it as absolute). Gay marriage being wrong is relative. Marriage itself is relative. History is an absolute. Events happened. Nothing anyone ever writes about them will change those events. However, the writing of history is relative. No one ever produces a record of an event that is absolute, but rather puts their own human biases into the record such that the level of relativism may vary, but it remains relative in all cases. And, difficult as it is for most humans to accept, morality is relative. Morality is a human quality, developed by humans and judged by humans. The moral relativism vs. moral absolutism debate is nothing new. Often religious people will argue that morals are absolute: murder is wrong no matter what; Hitler was evil whether he thought we was doing good or not. But I don’t generally think of my view of morality as conforming to either side of the traditional moral relativism vs. absolutism debate. Within human societies, yes, murder is wrong, and that is morally absolute. However, it is only wrong because we as humans have defined it so, which also makes it relative. When a polar bear kills another polar bear, though it is an example of within species killing (murder?), we don’t define it as immoral. We only apply that standard to our own species. Why? That is a very interesting question that perhaps no one knows the answer to. Likely it has to do with the evolution of our species, and the development of morality as a tool to aid in the evolution. How could human societies evolve effectively if killing one another on a whim, and without repercussions, was acceptable? Clearly there would be all sorts of practical problems in that scenario, so we evolved in such a way that things that were literally anti-social and thereby would have prevented the very development of human societies (and humans would never have developed as they did unless they worked together in small groups or societies) were not acceptable and therefore prevented.

I am a physiologist. Physiology does not obey human desire. Should it be unfair that a six-year old cancer survivor is now discovered to have epilepsy does not influence whether or not the child has epilepsy. There is no karma in human physiology (let’s face it, there is no karma period!). Cells and organs function in predictable and logical fashion. I take this view of human physiology to the greater universe. The sun is no less likely to explode into a supernova tomorrow just because certain preordained events in humanity have not yet taken place. The sun will only explode into a supernova according to the laws of astrophysics.

This is not be confused with fatalism. This is not to say that humans cannot influence events. My physiological organs may be less likely to fail and become diseased if I hope that they don’t. I may influence my own lifestyle in a manner that affects that outcome, but that is simply part of the predictable and unalterable set of rules that govern human physiology. Expose cells to a carcinogen for long enough and cancer will develop. Whether the owner of those cells happens to be the father of two young children, gives to the poor regularly, and an all-around nice guy is entirely irrelevant. As is the processes which govern the curing of said cancer. Medicine may help cure some cancers, sometimes even in ways that physiologists do not entirely comprehend, but whether the patient deserves to live or not has no say in the matter. And, importantly, whether the patient has friends and family who pray for him or not is entirely irrelevant (ignoring any psychological placebo effect).

Perhaps none of what I have opined is earth-shattering or original. Perhaps most would even agree. Yet so many do not believe, communicate, relate, and live as though they agree. Why can we, as the human race, not cast aside our superstitions? Why can we not cast aside our view of ourselves as being more important than a collection of cells that develop according to a well established DNA-directed path? Why is it that so many of us accept that an earthquake happens only because two tectonic plates have moved but then turn around and believe that cancer strikes someone or is cured because it is God’s will? (Atheists are often accused of being self-centered, but is there a more self-centered point of view than thinking a cosmic deity interferes with your small insignificant life in minute detail? To paraphrase Christopher Hitchens: you are a worthless being born into sin, but take heart, the universe is designed with you in mind).

So what do I believe? I believe those things for which there is evidence. Everything that is true has evidence to support it. We may not yet (or even ever) be able to observe the evidence, but it is there. Further, I believe that the scientific process has the potential to discover and explain everything. There is nothing that exists that science does not have the potential to explain. That is, of course, different than saying science can or has explained everything. There are many things which science has not explained and there may well be things that science never will explain, likely because we lack the time or resources to do so. Just think of the things that for most of human history have been complete mysteries, but which science has now explained to a good level of understanding: lightening, earthquakes, electric shocks, shooting stars, genetics, aging, muscular contraction, and so on. Certainly there are things that science has yet to explain or finish explaining: the Big Bang or the origins of the universe, life outside our own solar system, dark matter, and so on. But what if we sat back now and told ourselves that those things are inherently unknowable through the scientific method? What might future generations miss out on? That would be the same as sitting back in our caves thousands of years ago and not trying to find out how we could breed and harness cattle, how the sun and the moon and the earth moved, how electricity worked, and so on. What a travesty of loss that would have been.

I do not generally believe in things for which I must rely solely on someone else’s opinion. If all religion was completely erased from human memory today, would any of the same religions appear again tomorrow? No. Religions would appear, of that we can be fairly sure. Humanity has amply demonstrated its need for religions. But would the same stories appear? Would Christianity and Islam develop as The Truth (both of them!) if there were no connection or memory in any human being to them as previous religions? No. And that is why they are relatives, not absolutes. Absolutes do not require humans to define them. Long after humanity has become extinct, electrons will continue to be absolutes. Neither gay marriage nor the opinion of whether it is right or not will. Long after humans are gone, history will continue to be an absolute. If the earth ceases to exist, the events that took place on earth will still have taken place. The stories and interpretations of those events will likely not.

I believe that absolutes and relatives are distinct. This is not always an easy belief system to adhere to. Relatives include many comforting facets of humanity: morality, ethics, capitalism, socialism, law and order, love, hate, friendship. But absolutes include many comforts also: electrons, light, mangoes, cotton, oxygen. This does not, of course, mean that I have no use for relatives. I have much use for morality, ethics, love, capitalism, and socialism. But I do not believe they are universally absolute. This also does not mean that I think there is no such thing as right and wrong. Murder is wrong. Theft is wrong. But they are not absolutely wrong. They are relatively wrong: being relative because their wrongness is limited to our species. We do not gasp in horror when a lion kills another lion and proclaim that an immoral action has occurred. We limit our immoral judgment of within species killing to humanity (and even then most people willingly set aside their horror at killing under certain circumstances). That these things are relatively wrong in our human society is a good thing that allows us to lead predictable, safe, and peaceful lives. I assure you that murder and theft amongst dinosaurs were not absolutely wrong, yet the world continued every time a Tyrannosaurus Rex killed one of its kind or thieved a kill.
Posted by Canadian Atheist at 1:51 PM