What is Atheism? Part I 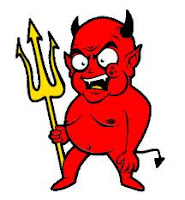 
This blog is, in name at least, somewhat about atheism, or at least is written from the perspective of an atheist. If one is going to read someone else’s writing, it is often useful to understand their perspective and biases. I realized, therefore, that perhaps I should include a bit more about atheism, starting with some basics.

Atheism, in its simplest definition, is relatively straightforward. The rejection of belief in deities. Note that this is different than the lack of belief in deities. Though each of these might be a valid definition of some form of atheism, the two are not the same. One suggests a consideration of the options, some thought and conclusion, while the other could simply be a position out of ignorance.

But how Wikipedia or the Oxford English Dictionary define atheism might be quite different from how it is defined or, more importantly, perceived in every day life at the local coffee shop, in a classroom, or on an internet discussion forum. And there are plenty of misunderstandings of the word and the concept of atheism out there in the everyday use of the word. While strict definitions might belong in dictionaries and encyclopedias, the reality is that in everyday language each person defines words by their use in context. There are a lot of common misconceptions about atheism, which lead it to often be met with suspicion, distrust, even anger. It is not uncommon for religions people to claim that atheists must have no morals since they don’t believe in anything. Both of those claims, of course, are not applicable to atheists. Most atheists that I now are very moral people and also have a very strong set of beliefs. What most atheists will not do, however, is allow ancient writings to dictate their morals (at least not without some critical thinking) nor believe something without reason.

Having oneself wrongly classified is a pretty common experience in life. Republican. Democrat. White. Hispanic. Rich. Poor. All of these are neat little boxes into which we find it convenient to parcel people and then keep our minds closed about what it is they really believe, what it is they really have to offer in life, what their value to us is. Often, perhaps even usually, the assumptions that go along with those boxes are quite inaccurate. Atheism is no different. Many people have no understanding of what atheism really is. More discomforting, many people have no interest in keeping an open mind or learning about it. In the extreme, some religious people are so convinced that atheism is evil that they are considered synonymous with Satanists, are assumed to be incapable of having morals, should be kept out of the reach of children, and most definitely shouldn’t be allowed anywhere near an educational institution. When someone else’s definition of atheism doesn’t match my own, then I feel no particular offense. I simply would not then classify myself according to their definition of atheism. Clearly I am not a Satanist, and I do have morals. In other words, I refuse to allow other people to define my beliefs and values as a result of a misunderstanding of definitions.

So, how do I define atheism? To return to my first point, I feel that atheism is a position resulting from rational and unbiased examination of the evidence that results in the conclusion that there are no deities (or perhaps that it is extremely unlikely that there are deities). In my opinion, a simple lack of belief in deities (possibly “soft atheism”) is not true atheism because it lacks the conscious thought involved in arriving at that position. Soft atheists might hold their position simply be default. They may have grown up in a household or culture without religion and simply never really considered the possibility of atheism vs. theism. I think most soft atheists don’t put a lot of thought into the matter and simply live their lives. I have no problem with this position per se, though I wouldn’t really define it as true atheism. A loose analogy might be the difference between a cultural Christian and a “born-again” Christian. The former is familiar with many of the notions of Christianity, they may attend church on occasion and even have a healthy respect for the religion, but they probably don’t spend a lot of time thinking about it nor allow its tenets to rule their life.

Hard atheists, on the other hand, are those who have spent a reasonably amount of time and intellectual resources considering the position. Significant rational thought has gone into the taking of a deliberate position of a rejection of belief in deities and often some degree of rejection of religion as a whole. Often, it seems, hard atheism gets a bit of a bad rap as being militaristic or pushy. To be sure, there are atheists out there who advocate quite loudly for their position in society (though for some reason they often seem to get more criticism in doing so than many religious groups who push their beliefs into society much more forcefully). But in its pure sense, hard atheism is just the position that there are no deities. Not the position that there are probably no deities. Not the position of not having bothered to consider the possibility. And certainly not the position that religion must be stamped out and all humans converted to atheism (that is quite a different matter). But a deliberate position based on conscious thought that it is irrational to believe in deities. A deliberate position that recognizes that although belief in deities is a fundamental and pervasive part of human nature, it is an irrational belief.

Atheism often gets a bad rap. I referred earlier to those who consider atheism analogous to Satanism. Many religious people seem to feel that if you reject the notion of deities, then the only alternative is that you have sided with “the enemy” and are following the Devil. I suppose if your entire basic assumptions about the universe are that there is one god and one devil and they are engaged in spiritual warfare over the souls of human beings, then that position, while not logical, is perhaps somewhat understandable. That position gets right into one of the fundamental conflicts between atheism and theism (or more specifically Christianity) in that the conversation about a battle between a deity and his cosmic opponent if you haven’t yet established the existence of the deity to begin with. But, that discussion really belongs elsewhere. The point is, atheism is not synonymous with Satanism or any other non-Christian or anti-Christian position. It is, the rejection of the position that deities exist. Many Christians, in certain parts of America at least, would likely be very uncomfortable with knowing an atheist was teaching their children in school (and, ironically science class in schools). They might feel that the atheist teacher was secretly teaching their children to be homosexual communists. Or that evil business about evolution. It’s funny, really, because atheism is simply an acceptance of what the evidence shows and doesn’t show. I don’t know of too many atheists who have an agenda they want to push on society (other than keeping religious agendas out of society and rational thought in society). Every science teaching atheist I know has an interest in teaching science, not atheism. It is another one of the ironies of many religious arguments – that they accuse others of exactly what they themselves do. In many parts of America, religion is introduced into science class in the form of creationism or intelligent design. Yet, when an atheist simply wants to keep science class on task by teaching science, they are accused of bringing their agenda into the classroom. Blindly outrageous.

Often, in books or on the internet, one will come across an individual who claims to have been an atheist and then converted to Christianity as they heard the Christian message and recognized it as the truth. John Maxwell and the laughable (not because he is funny) Kirk Cameron are a couple of examples. Take Cameron (of anti-evolution banana lore along with his buddy Ray Comfort). He claims to have been an atheist and then converted to Christianity when he heard the Good News late in his teen years or early adulthood. There is simply no way Cameron was a rational, logical, deliberate atheist. I doubt he could recite one piece of scientific evidence in support of anything, let alone atheism (even now in his 40s, let alone twenty years ago when he claimed to be an atheist). No, the truth is, people like the former Mike Seaver were simply drifting along in life without every allocating any intellectual resources towards the consideration of atheism. When the first friendly face popped up and told him the Good News, he just felt warm and fuzzy inside and jumped on the Jesus bandwagon because it sounded comforting. To claim that he was an atheist who then became a Christian is a bit like someone who engaged in the odd fraternal rough and tumble in the basement claiming they used to be a professional wrestler who rejected the violence of their profession and reformed their violent ways. These impostors have only one goal: to deliberately promote their beliefs regardless of what the evidence is. There is no point in engaging in debate with a Ray Comfort or Kirk Cameron, because they have already decided (and often freely admit) that nothing will ever change their minds. Their claims to be former atheists are simply weakly thought-out attempts to discredit a position that they know is threatening to their dogmatic beliefs.

What is atheism? Atheism is deliberate. It is rational. It is anti-dogmatic. It is evidence-based. It is the position that there is no evidence to support belief in deities. Any of them.
Posted by Canadian Atheist at 7:47 AM