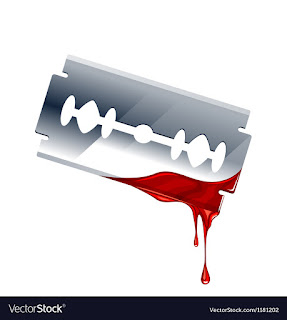 I could write a blog arguing the pros and cons of this particular issue and discuss the controversy around the term toxic masculinity. But I don't intend to for a couple of reasons. Firstly, I am convinced that everyone, even the most fervent supporters of modern feminism, know deep inside that it is not only wrong but also incredibly counter-productive to write off large groups of people based on generalizations. Assigning toxicity to a trait that roughly 50% of the human population possesses is not a positive, ethical, or even effective way forward for society. The toxicity referred to in this case is actually a set of traits that all humans, regardless of sex, are capable of: abuse, condescending, violence, bullying, dismissal of complaints, etc. It is not masculinity that is toxic, it is the behaviours themselves that are toxic. Society's inability to make this differentiation is not surprising considering the widespread ignorance on the scientific method, confounding factors, multi-factorial causation, etc.

Secondly, and more importantly, the reason I won't get into the argument about the meme itself is that, missed amongst the ongoing noise from the gender war, is the appalling behaviour from the company itself. Gillette's approach here is psychopathic.

Psychopaths have numerous traits, including: glib and superficial charm, cunning and manipulativeness, lack of empathy, parasitic lifestyle. In addition, psychopaths are often very capable of mimicking successful societal traits. Psychopaths are frequently charming, drawing people in like moths to a flame with their convincing act that they care about you when in fact they have completely ulterior motives.

It is easy to forget that corporate motive is money. It is easy to be drawn into a corporation's products, their marketing, their message, and to start to believe that they are actually motivated by something other than revenue. They don't. Marketing designed to make consumers feel good about using their products is merely an act, with the sole intention of increasing revenue.

What is particularly abhorrent is the sneakiness of this message; the way a corporation finds a cultural meme, and exploits it to their advantage. The result is an increase in division between the sexes; an increase in the confusion for boys and girls and young men and women about appropriate gender roles or stereotypes. So long as Gillette sales increase, that's OK.

If you glance at any comment section of a news article discussing this ad (see here for example), you'll find people arguing back and forth about the gender issues. Rather, wouldn't it be nice if the dominant comments were dismissive of the corporation involved for being so psychopathic and slimy?

Posted by Canadian Atheist at 11:12 AM